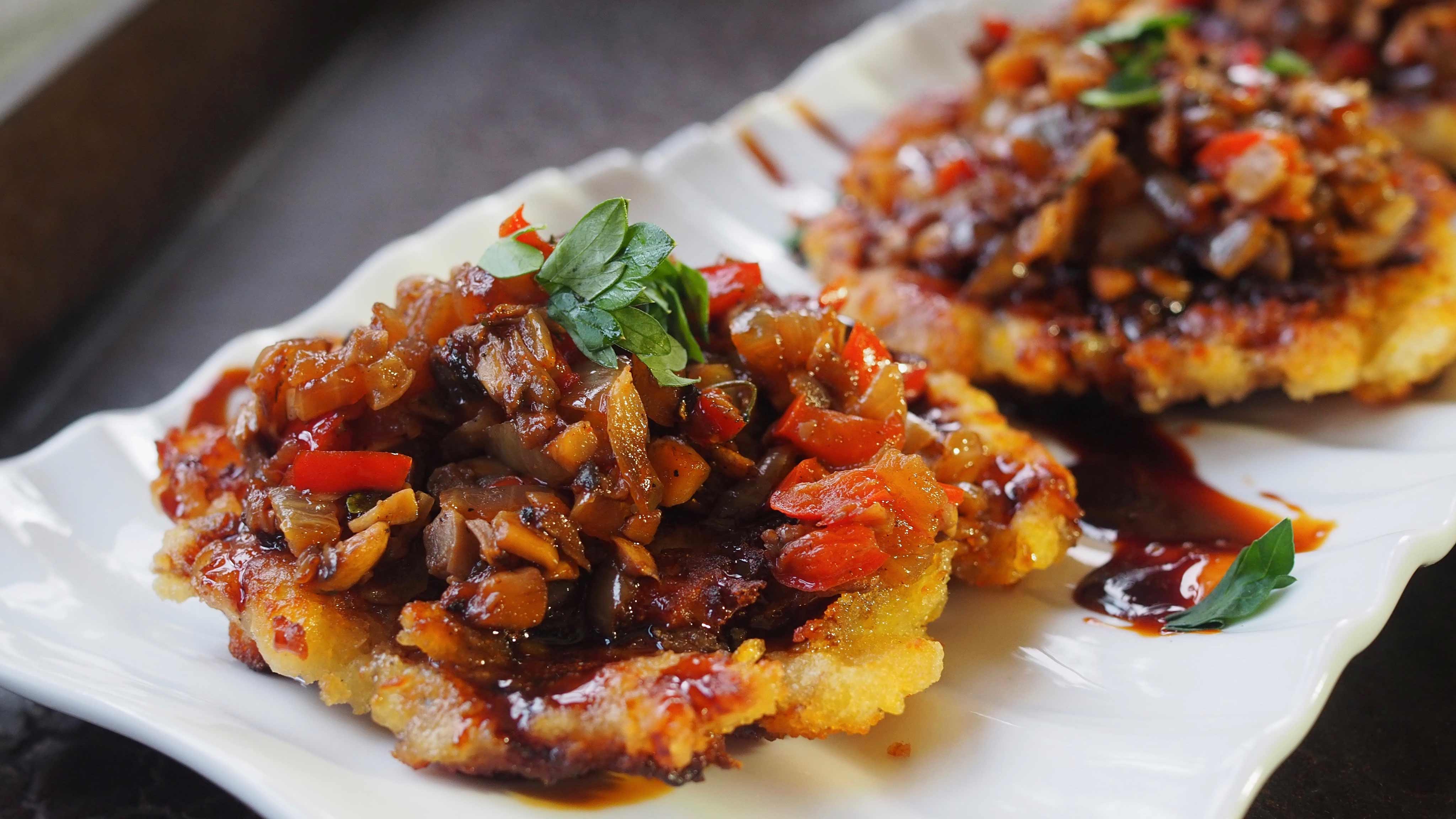 In a large pot, bring water to a boil. Meanwhile, wash, peel and dice potatoes. Cook potatoes in boiling water with bay leaves until done; a fork will easily pierce the potato. In a small saucepan, bring soy sauce and brown sugar to a boil. Then, reduce heat to a simmer and cook until the mixture forms a syrup, about 40 minutes; remove from heat once done. Meanwhile, dice the onion and red pepper; coarsely chop the mushrooms. Heat 1 tablespoon of sesame oil in a large skillet over medium heat and add the garlic. Saut garlic for 1-2 minutes then add the onions and bell peppers; continue to cook until tender. Add the mushrooms, paprika, red cayenne pepper, cloves, and thyme. Stir to combine, reduce heat to medium-low, continue to cook for an additional 20 minutes; mixture should start to brown as the liquid is evaporated. Season to taste with salt and pepper.

To make the potato pancakes, drain the cooked potatoes and mash with a potato masher or fork in a medium mixing bowl. Season with salt and pepper. Allow the potatoes to cool for 15 minutes then add the flour and mix well. Make pancakes with the potato dough by gathering 3-4 tablespoons of the dough and flattening into a disk. After assembling all of the potato pancakes, heat the remaining oil in a skillet over medium high heat. Place potato pancakes in the pan and fry for 5 minutes on each side; the potatoes will turn golden in color.

To serve, plate the potato pancakes with a heaping amount of the mushroom ratatouille on top; drizzle lightly with the soy sauce reduction. Garnish with parsley.

Photo and food styling by Webstop

Please note that some ingredients and brands may not be available in every store.